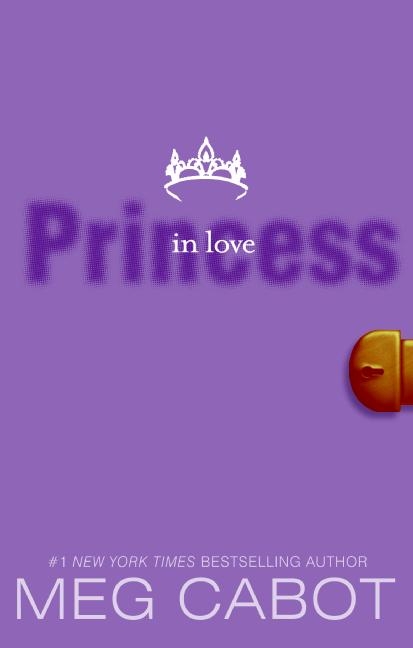 Everything seems to be looking up for Mia. She’s raised her F in algebra to a D, she finally has a boyfriend and… well, she’s a princess. Her life should be perfect right?

Unfortunately the boyfriend is the wrong one. She’s dating Kenny, her sweet but ultimately unattractive lab partner, meanwhile, Michael Moscovitz – her best friend’s brother she has loved in secret for years – has started dating fellow computer club member Judith Gershner. Judith can clone fruit flies. As far as Mia is concerned – despite the D, algebra is a continual issue – she doesn’t stand a chance against a girl like that.

The princess thing is also a problem. She has to spend the coming Christmas in Genovia, the country she will one day rule. Preparation for this involves daily princess lessons with her evil Grandmere, the dowager princess of Genovia.

– Having a best friend who also happens to be a genius is hard work, and sometimes, when said best friend is planning a school-wide walkout (inspired by a teacher turning down her term paper proposal: How to Survive High School by Lilly Moscovitz (‘Students of the future will learn that the way to  settle their differences is not through violence, but through the sale of a really scathing screenplay – featuring characters based on individuals who tormented them all those years – to a major Hollywood movie studio. That, not a Molotov cocktail, is the path to true glory.’)) that will likely seriously hurt your algebra teacher, step-father and soon to be father of your half sibling’s feelings, it’s sometimes just best to pull the fire bell.

– Your cousin might not be plotting your murder to steal your claim to the throne, but he probably is using your image without your permission to advertise his clothing designs.

– Advice from the empress of Japan: Always make sure your kimono is securely fastened before you raise your arm to wave to the populace.

Grandmere is basically evil. She scares everybody she comes into contact with. At one point she tells Mia to keep dating Kenny until she finds someone better – for practice. That said, the lady has her moments.

‘You are not a loser, Amelia,’ Gradmere said. ‘You are a princess. And princesses do not run away when things become difficult. They throw their shoulders back and they face what disaster awaits them head on. Bravely, and without complaint.’

Lars is Mia’s bodyguard. He is present for basically everything that happens during the series. In general, I have no interest in reading existing books from alternative perspectives (I think it is a money grabbing move by lazy authors), but I would totally read this series narrated by Lars.

One thought on “Rereading The Princess Diaries #3”