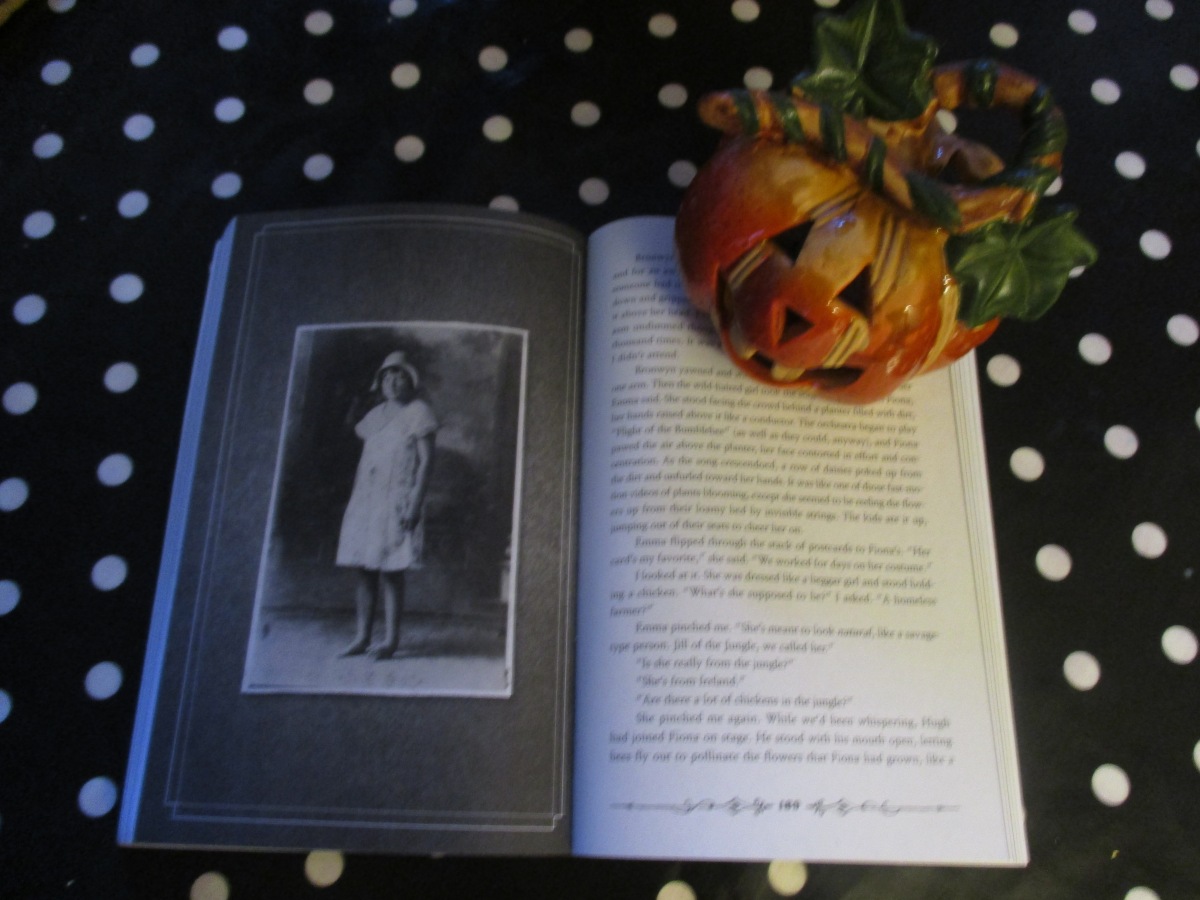 Jacob’s life has always been pretty average. An okay student with a job in the supermarket chain his family owns, probably the most interesting stories he has to tell belong to his grandfather – tales of children with mysterious abilities. Photographs of impossible children litter his home.

But Jacob stopped believing in all that years ago. Other kids in school beat him up for telling ‘fairy stories’ and the internet taught him that photographs can be manipulated. Jacob and his grandad, Abe haven’t talked about the peculiar children in years.

When Jacob’s grandfather dies under mysterious and violent circumstances, nothing is average any more. He is haunted by images of a monster he saw at the scene of Abe’s death –a monster his therapist has convinced him couldn’t possibly exist. Looking through his deceased grandfather’s belongings, Jacob rediscovers the photographs of the peculiar children, and what appears to be a letter from their leader, Miss Peregrine. In desperate need of answers, he travels to Wales with his father to determine whether the children exist after all. 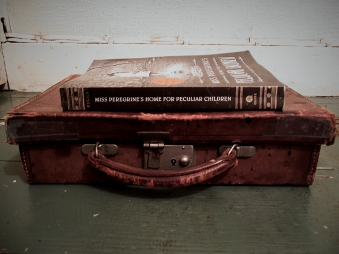 I first read Miss Peregrine’s Home For Peculiar Children, by Ransom Riggs three years ago. I leant it to a girl I lived with at the time who soon moved out under mysterious circumstances (very fitting), without returning it to me. I don’t know why it took me so long to get another copy. While my memories of the plot had mostly faded, what remained when I thought of Miss Peregrine’s Home For Peculiar Children was a feeling. I guess you’d call it otherworldly. I fell back into it the moment I started reading again.

One of the aspects of this book I like most is the idea of inherited sadness – the feel the weight your family history has as it settles onto your shoulders. In Jacob’s case this takes a couple of different forms – without being too spoiler-ey, he basically has to go back in time to 1945, when his grandfather was young. He bonds with the people who populated Abe’s childhood, and takes on the role he left vacant, and all the responsibilities that come with it. In the present, the book also looks at the way that our grandparents are responsible for our parents. For reasons that become apparent the further you get into the story, Abe and Jacob’s dad had a very distant relationship. Jacob’s dad did not feel loved by his father, and he’s grown up to be a very disconnected adult. He shares that he can feel his marriage to Jacob’s mother slipping away, but doesn’t have the strength or resources to do anything about it. His mind is made of ever-increasing stacks of unfinished projects – all of them abandoned as soon as the first problem arose. He loves his son, but barely knows him really. I could go into all the ways that Jacob grew up as a disconnected kid as a result, but I’ll spare you. Sadness gets handed down through generations. So does the ability to fight monsters. More on that in a minute.

What Jacob comes to realise is that his purpose – at least for now – is to finish the work his grandfather began. He decides he is going to fight that which has been plaguing his family for decades. It’s the only way he can survive. I mean this literally. The monsters that were after his grandfather are chasing him now. I also mean this somewhat figuratively. It is only by facing head on the ghosts that have haunted his family for so long that he can have a better life than the men who came before him.

In this novel, Riggs is caught up in questions about time. Miss Peregrine uses time loops in order to keep the peculiar children safe from what’s hunting them. In doing so she has stopped them for aging. They are children forever, like Peter Pan but with a parent. By protecting them she has also made them easier to control. In keeping them as children she will forever be their superior. There is a real sense throughout of how these children haven’t developed – in their relationships, concerns or anything really, despite actually being getting on for one hundred years old. I’m fascinated the see the effects of the events of the first book in the sequel, to see how the children develop in a new world where not every day is the same, where certain relationships and power structures are irrevocably changed. I’m excited to see them leave the home they’ve always lived in and face what threatens them.

What I took from this book is the idea that you can only hide from or deny a destiny for so long. Rigg’s ends the book with the impression that life is always coming for you.