As the long rainy days of the English summer stretch on and around me my country is overrun by alarmingly hateful people and attitudes, I find myself in need of a distraction.

Luckily, I have books. Specifically, lists of books. To be read. Future distractions. Depending on what happens on Thursday, anyway.

(RemaIN, guys. UK people, I am literally begging you). 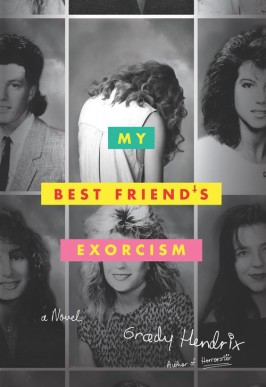 This is one of those from the title alone selections…

Abby and Gretchen have been best friends since fifth grade, when they bonded over a shared love of E.T., roller-skating parties, and scratch-and-sniff stickers. But when they arrive at high school, things change. Gretchen begins to act . . . different. And as the strange coincidences and bizarre behavior start to pile up, Abby realizes there’s only one possible explanation: Gretchen, her favorite person in the world, has a demon living inside her. And Abby is not about to let anyone or anything come between her and her best friend. With help from some unlikely allies, Abby embarks on a quest to save Gretchen. But is their friendship powerful enough to beat the devil?

The Unexpected Everything – Morgan Matson 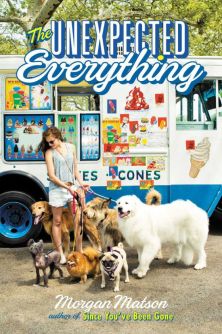 I have read endless good reviews for this one, and it sounds Sarah Dessen-esque. I am so in.

Andie had it all planned out.

When you are a politician’s daughter who’s pretty much raised yourself, you learn everything can be planned or spun, or both. Especially your future.

Guys? Check (as long as we’re talking no more than three weeks).

But that was before the scandal. Before having to be in the same house with her dad. Before walking an insane number of dogs. That was before Clark and those few months that might change her whole life.

Because here’s the thing—if everything’s planned out, you can never find the unexpected.

And where’s the fun in that?

A Corner of White (The Colours of Madeleine #1) – Jaclyn Moriarty 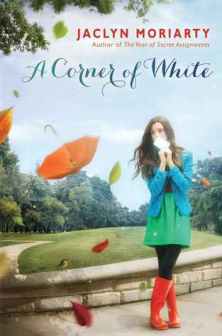 I must have read Becoming Bindy Mackenzie at least five times. I adore it. Yet for some reason, I haven’t read any other Jaclyn Moriarty books. This summer, that changes.

The first in a rousing, funny, genre-busting trilogy from bestseller Jaclyn Moriarty!

This is a tale of missing persons. Madeleine and her mother have run away from their former life, under mysterious circumstances, and settled in a rainy corner of Cambridge (in our world).

Elliot, on the other hand, is in search of his father, who disappeared on the night his uncle was found dead. The talk in the town of Bonfire (in the Kingdom of Cello) is that Elliot’s dad may have killed his brother and run away with the Physics teacher. But Elliot refuses to believe it. And he is determined to find both his dad and the truth.

As Madeleine and Elliot move closer to unraveling their mysteries, they begin to exchange messages across worlds — through an accidental gap that hasn’t appeared in centuries. But even greater mysteries are unfolding on both sides of the gap: dangerous weather phenomena called “color storms;” a strange fascination with Isaac Newton; the myth of the “Butterfly Child,” whose appearance could end the droughts of Cello; and some unexpected kisses… 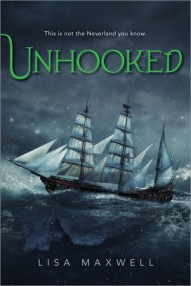 This one had me at roguish young pirate….

For as long as she can remember, Gwendolyn Allister has never had a place to call home—all because her mother believes that monsters are hunting them. Now these delusions have brought them to London, far from the life Gwen had finally started to build for herself. The only saving grace is her best friend, Olivia, who’s coming with them for the summer.

But when Gwen and Olivia are kidnapped by shadowy creatures and taken to a world of flesh-eating sea hags and dangerous Fey, Gwen realizes her mom might have been sane all along.

The world Gwen finds herself in is called Neverland, yet it’s nothing like the stories. Here, good and evil lose their meaning and memories slip like water through her fingers. As Gwen struggles to remember where she came from and find a way home, she must choose between trusting the charming fairy-tale hero who says all the right things and the roguish young pirate who promises to keep her safe.

With time running out and her enemies closing in, Gwen is forced to face the truths she’s been hiding from all along. But will she be able to save Neverland without losing herself?

The Lies We Tell Ourselves – Robin Talley 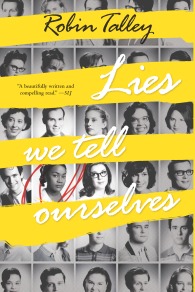 I read this list of books that should be added to YA required reading lists a while back. I plan to read my way through the whole thing. This is the first one on the list.

In 1959 Virginia, the lives of two girls on opposite sides of the battle for civil rights will be changed forever.

Sarah Dunbar is one of the first black students to attend the previously all-white Jefferson High School. An honors student at her old school, she is put into remedial classes, spit on and tormented daily.

Linda Hairston is the daughter of one of the town’s most vocal opponents of school integration. She has been taught all her life that the races should be kept separate but equal.

Forced to work together on a school project, Sarah and Linda must confront harsh truths about race, power and how they really feel about one another.

Boldly realistic and emotionally compelling, Lies We Tell Ourselves is a brave and stunning novel about finding truth amid the lies, and finding your voice even when others are determined to silence it.

What are some of the books you’re most excited to read this summer?

26. Loves a good story. View all posts by Lydia Tewkesbury

7 thoughts on “A Summer TBR”

I knitted a scarf!
Back in the countryside 🍂
Autumnal as heck
Went for a Sunday wander
Bath looking pretty in the sunshine 🌞
Getting in some seaside time