Where has this year gone? Why does my total shock at the passing of time increase with age? When will I get a job that I keep for more than a week?

I have answers to none of these questions.

I do however, have a summary of the month’s events, in book form:

Where has this year gone? Why does my total shock at the passing of time increase with age? When will I get a job that I keep for more than a week?

I have answers to none of these questions.

I do however, have a summary of the month’s events, in book form:

This month I reviewed:

Feelings: This didn’t quit live up to expectations. I think I loved the first book too much. I am hoping for more Evie in the next book.

Asking For It – Louise O’Neill

Feelings: An important and powerful book about rape culture and sexual consent. Everybody should read this.

Feelings: I loved every second of it.

Is It Just Me? – Miranda Hart 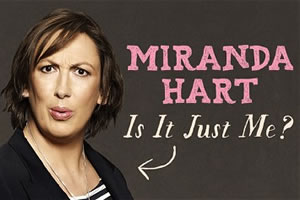 Feelings: One of my very favourite audiobooks for insomnia.

Feelings: Stoker isn’t half as scared of vampires as he is female sexuality.

Why Not Me? – Mindy Kaling

The Bloody Chamber and Other Stories – Angela Carter

Not to be mistaken for the evil vampire who can get away with anything by making this face:

Oh Klaus, why can’t I quit you?

Mina Harker: Wife of Jonathan Harker. Everybody loves her for little obvious reason. Dracula wants to turn her into a vampire.

All Elena Gilbert related mean-ness comes from a place of love, I swear.

Van Helsing: Vampire hunter from Amsterdam. Feels in debt to Dr Seward over some vague incident in which he was poisoned and Seward saved him. We never learn the details. Has a Bertha Mason situation happening in his home life and is weirdly obsessed with Mina.

Quincey Morris: American. Says everything ‘laconically’. Is also obsessed with guns and has a habit of shooting at nearby wildlife without warning.

Arthur Holmwood/Lord Godalming: Fiance of the late Lucy Westenra. His only use to the plot is financing and name dropping so far as I could tell.

Lucy Westenra: The first sexy lady to go all vamp on us. Fiancee to Arthur. Rejected proposals from Dr Seward and Quicey Morris. Best friend to Mina Harker.

Dracula, by Bram Stoker is a collection of diary entries, letters and telegrams all reliving the tale of how six people attempt to bring down a vampire.

The story begins with Jonathan Harker, lawyer, travelling to Transylvania in order to facilitate one Count Dracula’s move to England. The count lives in a castle out in the middle of nowhere, and during his journey, whenever Jonathan tells locals where he’s travelling to, they cross themselves and start to pray. Jonathan just assumes this is typical ‘foreigner’ behaviour. That is until he gets to the castle and Dracula refuses to let him leave. When he discovers that Dracula sleeps in a coffin, leaves the castle by crawling, Spiderman style down the walls and feeds babies to his three vampire girlfriends, Jonathan realises that perhaps the locals had a point.

Meanwhile Jonathan’s fiancée, Mina Murray is staying with her best friend, Lucy in the seaside town of Whitby. Lucy has recently gotten engaged to one Arthur Holmwood. Unfortunately for Arthur, Lucy is about the become Dracula’s first victim because unfortunately for Whitby, it happens to be the town in which Dracula’s ship from Transylvania docks. Not that anybody knows that at this point, seeing as everybody on the ship was dead when it arrived and the only passenger anybody saw on board was a large black dog (Dracula: Sirius Black style). 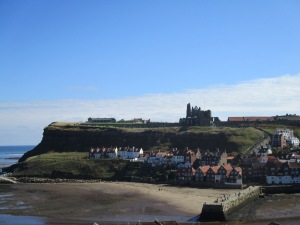 This is Whitby. I took this photo when I was there in September. Pretty, right?

Seeing Lucy’s mysteriously declining health, her recently rejected admirer Dr Seward steps in to save the day. He brings in his mysterious colleague Dr Van Helsing to help. Despite all their efforts, Lucy dies. Once she becomes a vampire, Van Helsing recruits Dr Seward, Arthur and Quincey (the other guy who proposed to Lucy) as trainee vampire hunters.

Meanwhile Dr Seward is increasingly realising that his favourite patient, Renfield may also be in Dracula’s thrall. Renfield is locked in a lunatic asylum because of his desire to ‘consume life’. He spends his days tempting flies into his room. Once he has enough he feeds the many flies to a few spiders, then the few spiders to some sparrows. When Dr Seward refuses to buy him a cat, Renfield eats the sparrows himself. Yes, it’s called Dracula, but the highest creep factor in the book has to go to Renfield.

Once Mina realises that her best friend’s death and her husband’s recent experience in Transylvania may in fact be related, she and Jonathan join the vampire hunters and together they form Team Kill Dracula. Dracula then tries to turn Mina into a vampire which only makes everybody more determined to kill him. I think this is because Mina is the ideal 19th century woman. She is educated, but submissive, maternal yet weirdly sexless. Such an ideal of womanhood cannot possibly be lost to sexy wanton vampirism.

(You can tell this was written by a 19th century man).

But is she? You’d have to read it to find out.

This is Whitby Abbey. Apparently it inspired Bram Stoker to write Dracula. Mina and Lucy hang out up here quite a lot. They spend a lot of time in the graveyard just down the road chatting with sailors.

‘Warning: You may have a huge, invisible spider living inside your skull. This is not a metaphor. 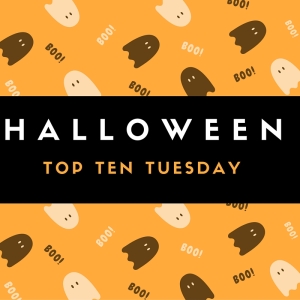 You know the story of Bluebeard, right? When he isn’t looking, his innocent new wife stumbles into the one room in their house he keeps locked – his make-shift tomb, filled with the bodies of his murdered lovers.

Moral of the story: If your new husband has a locked room in his house/ship that he’s weirdly evasive about, run away.

I know I’ve mentioned this one before. But it’s one of my favourite books ever. It makes sense that it would come up a lot.

You should not have touched this book with your bare hands.

My name is David Wong. My best friend is John. Those names are fake. You might want to change yours. You may not want to know about the things you’ll read on those pages, about the sauce, about Korrock, about the invasion, and the future. But it’s too late. You touched the book. You’re in the game. You’re under the eye.

The only defense is knowledge. You need to read this book, to the end. Even the part with the bratwurst. Why? You just have to trust me.’

This was a random bookshop find for me. You get why I had to buy it, right?

This Book is Made of Spiders – David Wong 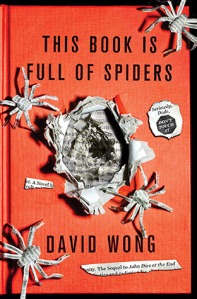 ‘Warning: You may have a huge, invisible spider living inside your skull. This is not a metaphor.

This book is a manifestation of all the Victorian fears around scientific and technological progress. Mary Shelley wants us to consider the idea that someone, somewhere has probably built a man from the parts of various dead men, and that he’s feeling pretty murderous about it.

A student at Oxford University reanimates an ancient Egyptian mummy. It runs around the city murdering anyone it can get its hands on.

This story serves to answer the question we’ve all wondered: What are the weird noises we can hear in the flat upstairs? A reanimated ancient Egyptian mummy, of course.

During a dinner party at a friend’s house, Lord Arthur is informed by a famed psychic that it is his destiny to become a murderer.  Lord Arthur is horrified by the revelation, and resolves to get the awful deed out of the way as soon as possible in order than he can marry the woman he loves (it is not right, in his mind, to marry before so horrible but inevitable a task is completed). As such he sets about attempting to commit a murder. However, killing someone is not as simple a business as he would have imagined.

One night on his way home from work, Arthur sees the psychic who caused him all these problems leaning on a bridge, staring down into the water. One quick push later, Arthur has achieved his task and is now free to marry his girlfriend, Sybil.

A vampire invades London, frightening its men and corrupting the innocence of its good 19th century ladies.

Reading this book you can’t help but wonder if Bram Stoker’s real fear isn’t the monster he describes, but instead the possibility of female sexuality. When one of the female characters turns into a vampire she becomes an overtly sexual being. The men’s reaction? Cut her head off.

This is the truth. This is history.

It’s the end of the world.

And nobody knows anything about it.’ 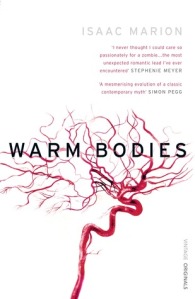 In this book a zombie falls in love with a girl and gradually starts become human again. It’s one of the only zombie-related stories I have ever read.

It’s in this list because cute romance or not, the zombie apocalypse terrifies me. I have decided that were it to happen, I would rather go early. I would rather be a happy brainless zombie than live in that world as a human. This fatalistic attitude may have sprung from the fact that I live right down the road from a graveyard, so if the zombie apocalypse were to go down, I would be totally screwed.

The Name of the Star – Maureen Johnson

This book is about ghosts. Specifically, the ghost of Jack the Ripper. You can imagine what he must be up to. It’s the job of Rory and her gang of ghost hunters to bring the murderer down. Hopefully for good, this time.