I am going into my second September of non-student life. However, I still have that back-to-school feeling. I feel the possibility of the things I might learn in the next few months. I find myself wanting to buy new stationary. Learning-wise, the farther I have got from being in school, the more restless I become. I love and adore this blog. It is one of my favourite things that I do and where the vast majority of my non-work days are spent but…

As much as I love YA, lately, I have a need for some non-fiction in my life. In pretty much everything I read, a small spark of curiosity is lit. In the next few months I am going to follow those curiosities.

We Were Feminists Once: From Riot Grrrl to Covergirl, the Buying and Selling of a Political Movement – Andi Zeisler

Feminism has hit the big time. Once a dirty word brushed away with a grimace, “feminist” has been rebranded as a shiny label sported by movie and pop stars, fashion designers, and multi-hyphenate powerhouses like Beyoncé. It drives advertising and marketing campaigns for everything from wireless plans to underwear to perfume, presenting what’s long been a movement for social justice as just another consumer choice in a vast market. Individual self-actualization is the goal, shopping more often than not the means, and celebrities the mouthpieces.

But what does it mean when social change becomes a brand identity? Feminism’s splashy arrival at the center of today’s media and pop-culture marketplace, after all, hasn’t offered solutions to the movement’s unfinished business. Planned Parenthood is under sustained attack, women are still paid 77 percent—or less—of the man’s dollar, and vicious attacks on women, both on- and offline, are utterly routine.

Andi Zeisler, a founding editor of Bitch Media, draws on more than twenty years’ experience interpreting popular culture in this biting history of how feminism has been co-opted, watered down, and turned into a gyratory media trend. Surveying movies, television, advertising, fashion, and more, Zeisler reveals a media landscape brimming with the language of empowerment, but offering little in the way of transformational change. Witty, fearless, and unflinching, We Were Feminists Once is the story of how we let this happen, and how we can amplify feminism’s real purpose and power. 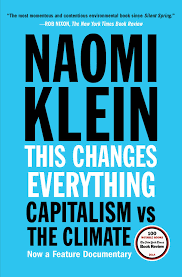 This Changes Everything: Capitalism VS The Cimate – Naomi Klein

Forget everything you think you know about global warming. It’s not about carbon – it’s about capitalism. The good news is that we can seize this crisis to transform our failed economic system and build something radically better.

In her most provocative book yet, Naomi Klein, author of the global bestsellers The Shock Doctrine and No Logo, exposes the myths that are clouding climate debate.

You have been told the market will save us, when in fact the addiction to profit and growth is digging us in deeper every day. You have been told it’s impossible to get off fossil fuels when in fact we know exactly how to do it – it just requires breaking every rule in the ‘free-market’ playbook. You have also been told that humanity is too greedy and selfish to rise to this challenge. In fact, all around the world, the fight back is already succeeding in ways both surprising and inspiring.

It’s about changing the world, before the world changes so drastically that no one is safe. Either we leap – or we sink. This Changes Everything is a book that will redefine our era. 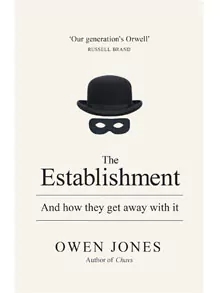 The Establishment: And How They Get Away With It – Owen Jones

In The Establishment Owen Jones, author of the international bestseller Chavs, offers a biting critique of the British Establishment and a passionate plea for democracy

Behind our democracy lurks a powerful but unaccountable network of people who wield massive power and reap huge profits in the process. In exposing this shadowy and complex system that dominates our lives, Owen Jones sets out on a journey into the heart of our Establishment, from the lobbies of Westminster to the newsrooms, boardrooms and trading rooms of Fleet Street and the City. Exposing the revolving doors that link these worlds, and the vested interests that bind them together, Jones shows how, in claiming to work on our behalf, the people at the top are doing precisely the opposite. In fact, they represent the biggest threat to our democracy today – and it is time they were challenged. 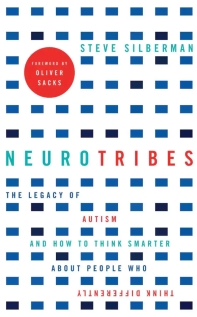 NeuroTribes: The Legacy of Autism and the Future of Neurodiversity – Steve Silberman

Winner of the 2015 Samuel Johnson Prize for non-fiction

A groundbreaking book that upends conventional thinking about autism and suggests a broader model for acceptance, understanding, and full participation in society for people who think differently.

What is autism? A lifelong disability, or a naturally occurring form of cognitive difference akin to certain forms of genius? In truth, it is all of these things and more—and the future of our society depends on our understanding it. WIRED reporter Steve Silberman unearths the secret history of autism, long suppressed by the same clinicians who became famous for discovering it, and finds surprising answers to the crucial question of why the number of diagnoses has soared in recent years.

Going back to the earliest days of autism research and chronicling the brave and lonely journey of autistic people and their families through the decades, Silberman provides long-sought solutions to the autism puzzle, while mapping out a path for our society toward a more humane world in which people with learning differences and those who love them have access to the resources they need to live happier, healthier, more secure, and more meaningful lives.

Along the way, he reveals the untold story of Hans Asperger, the father of Asperger’s syndrome, whose “little professors” were targeted by the darkest social-engineering experiment in human history; exposes the covert campaign by child psychiatrist Leo Kanner to suppress knowledge of the autism spectrum for fifty years; and casts light on the growing movement of “neurodiversity” activists seeking respect, support, technological innovation, accommodations in the workplace and in education, and the right to self-determination for those with cognitive differences.

I knitted a scarf!
Back in the countryside 🍂
Autumnal as heck
Went for a Sunday wander
Bath looking pretty in the sunshine 🌞
Getting in some seaside time