Today we’re going to try a different style of blog post. Exciting, I know. This week I’ve been on holiday in Venice (as you likely already know if you follow me on Instagram), so I figured I’d share a few tips for getting the most out of the beautiful floating city.

I actually didn’t have many expectations as I arrived in Venice on Monday evening. While I had scrolled through some pictures of the place on Instagram, I didn’t have many ‘must visit’ locations on my list – other than the city’s notoriously Instagrammable canal-side bookshop, obviously (more on that later). I should have known I would fall head over heels in love with the place.

The one thing I did book before I left was a couple tours with Venice Free Walking Tours. I am a massive fan of a free walking tour. They operate on a tips-only basis whereby walkers pay what they feel the walk was worth according to what they are able to give, with the idea being that wealthier participants will pay more to allow those with less money to come along too. They are also very ‘off the beaten path’, which works for me. You don’t need a walking tour to lead you to a city’s famous landmarks. Those, you can find yourself. What the Venice Free Walking tours do instead of showing you the landmarks everyone else is already visiting is give you the confidence to get lost – really the only way to explore Venice.

I did two tours – those exploring the Southern and Northern corners of the city. Both of the guides were wonderful, telling fascinating stories about the history of notable people and places in Venice. Maybe my favourite story was that of Ca’Dario, the house that kills. The house is cursed, with all its owners doomed to lose everything and die a violent death. Seriously.

Okay so, the house was built by Giovanni Dario, secretary of the Venetian Republic Senate. The Gothic mansion was supposedly built on a burial ground, and as each of its residents met their mysterious and tragic demises, locals began to speculate that the house was cursed.

After Dario’s death, the house then passed to his daughter, Marietta and her husband Vincenzo.

But not for long.

Vincenzo drove the family into financial ruin before being brutally stabbed to death in an alley. Shortly after that, Marietta hurled herself into the canal, drowning herself, and then their son Vincenzo Junior was murdered by assassins on the island of Creta.

In an attempt to lift the curse, the house was completely redesigned and then sold AGAIN to another wealthy merchant… who promptly lost all his wealth and then died. The next owner, Radon Brown was found dead inside the house shortly after he purchased it, his lover also dead beside him in an apparent murder-suicide.

Fast forward a few years (and a few deaths) later into the 1960s, and famous singer Mario Del Monaco decided to purchase the house. He died in a car accident on the way to make the sale.

A decade later, Cristopher ‘Kit’ Lambert, manager of The Who, took his own life a few years after taking ownership of Ca’Dario.

In the 1990s an incredibly wealthy and well respected businessman, Raul Gardini bought Ca ’Dario. A few short years afterward he found his reputation in tatters and his money gone after getting caught up in a political corruption scandal. Gardini also took his own life.

These days,  it’s owned by an American company who vowed to renovate the house, which having been abandoned for many years has fallen into a state of disrepair. But, for some reason, years later, renovations are yet to begin…

Another reason I absolutely loved the Venice Free Walking tours was their emphasis on sustainable tourism. While in Venice I learned that tourism has actually had an intensely negative impact on the city. On any given day there are disproportionately more tourists than residents staying in Venice, and as this change has occurred, trade native to the city has been pushed out by shops filled with products designed for tourists – you know what I mean, those shops full of city-themed tat ubiquitous to all European cities where tourists gather. Because of this, Venice has lost 70% of its traditional trade, and with it, a huge slice of its identity. Similarly, the city has been completely overrun by Air B&Bs. Unlike other cities like Amsterdam and Rome where government restrictions are in place, there is no limit on the number of Air B&Bs in Venice, meaning it is all but impossible for locals and students of the city’s four universities to find accommodation within Venice itself. Not only that, but many Air B&B hosts operate illegally, not collecting the city tax owed by tourists and taking further from the resources of the city without giving anything back.

Yes, this is really depressing news, but it’s not all doom and gloom. What both my walking guides instilled in all of us was a sense of empowerment to explore the city conscious of the ways we were helping and hurting in how we decide where to spend our money. They recommended businesses to visit and educated us about supporting real Venetian trade rather than knock offs – a genuine Venetian mask, for example, will cost you upwards of 40 euro. Buying one for less will likely mean buying a fake, and with that participating in the destruction of a craft native to Venice for hundreds of years. Choosing how to spend our money is one of the greatest powers we have. Choose well, and consciously!

Calling itself the most beautiful bookshop in the world, Liberia Acqua Alta is a necessary trip for book lovers. Packed floor to ceiling with books – as well as the book shop’s five resident felines – look out for your favourites in various different language editions. Out back of the shop, climb up its towering staircase of books for a peek at one of the most beautiful canal views in the Castello district.

After you’ve checked out the Basilica, don’t miss the opportunity to visit St Mark’s Bell Tower, which offers one of the most extraordinary views of the city.

The artsy district of Venice, in Dorsoduro you’ll find amazing museums Gallerie dell’Accademia and the Peggy Guggenheim Collection, both of which I really recommend visiting. Filled with great cafes and restaurants, art galleries and the occasional vintage boutique, you can spend hours wandering the streets here.

The islands of Murano, Burano and Mazzarbo are about an hour away by very busy boat, but absolutely worth the trip. I spent hours wandering these characterful and fascinating islands. Enjoy the brightly coloured fishermen’s houses of Burano, cross the bridge into the quiet tranquillity of Mazzarbo (for some reason the Instagrammers in Burano don’t seem to have found this place yet, so it’s a lovely retreat from the crowds. The day I went it felt as though I had the entire island to myself) and enjoy the traditionally made glass in Murano (not to go on another rant about sustainable tourism, but ask one of the glassmakers in Murano how to identify genuine Murano glass. A lot of companies are selling fake ‘Murano’ glass on the internet and it is, again, destroying the trade that has sustained the families of the island for decades. The government won’t do anything to help the situation, so it’s up to consumers to act.)

Venice is a really busy city – like I said, it disproportionately houses tourists rather than residents and so there are a lot of crowds everywhere, all the time. That said, I found that tourists tended to congregate around landmarks and boat stops, and that walking only a short distance away would produce quiet, beautiful streets that I could explore practically uninterrupted for hours. Venice is a very safe city, so please don’t be afraid to get lost. It’s also very small – more of a town than a city – so however lost you get (I didn’t know where I was like 80% of the time), you’re never that far away from an orientating landmark.

I mean, I had to make this vaguely bookish, right?

Out of This Century: The Autobiography of Peggy Guggenheim
“This is the fascinating autobiography of a society heiress who became the bohemian doyenne of the art world. Written in her own words it is the frank and outspoken story of her life and loves”

The Glassblower of Murano by Marina Fiorato
“Venice, 1681. Glassblowing is the lifeblood of the Republic, and Venetian mirrors are more precious than gold. Jealously guarded by the murderous Council of Ten, the glassblowers of Murano are virtually imprisoned on their island in the lagoon. But the greatest of the artists, Corradino Manin, sells his methods and his soul to the Sun King, Louis XIV of France, to protect his secret daughter. In the present day his descendant, Leonora Manin, leaves an unhappy life in London to begin a new one as a glassblower in Venice. As she finds new life and love in her adoptive city, her fate becomes inextricably linked with that of her ancestor and the treacherous secrets of his life begin to come to light.” 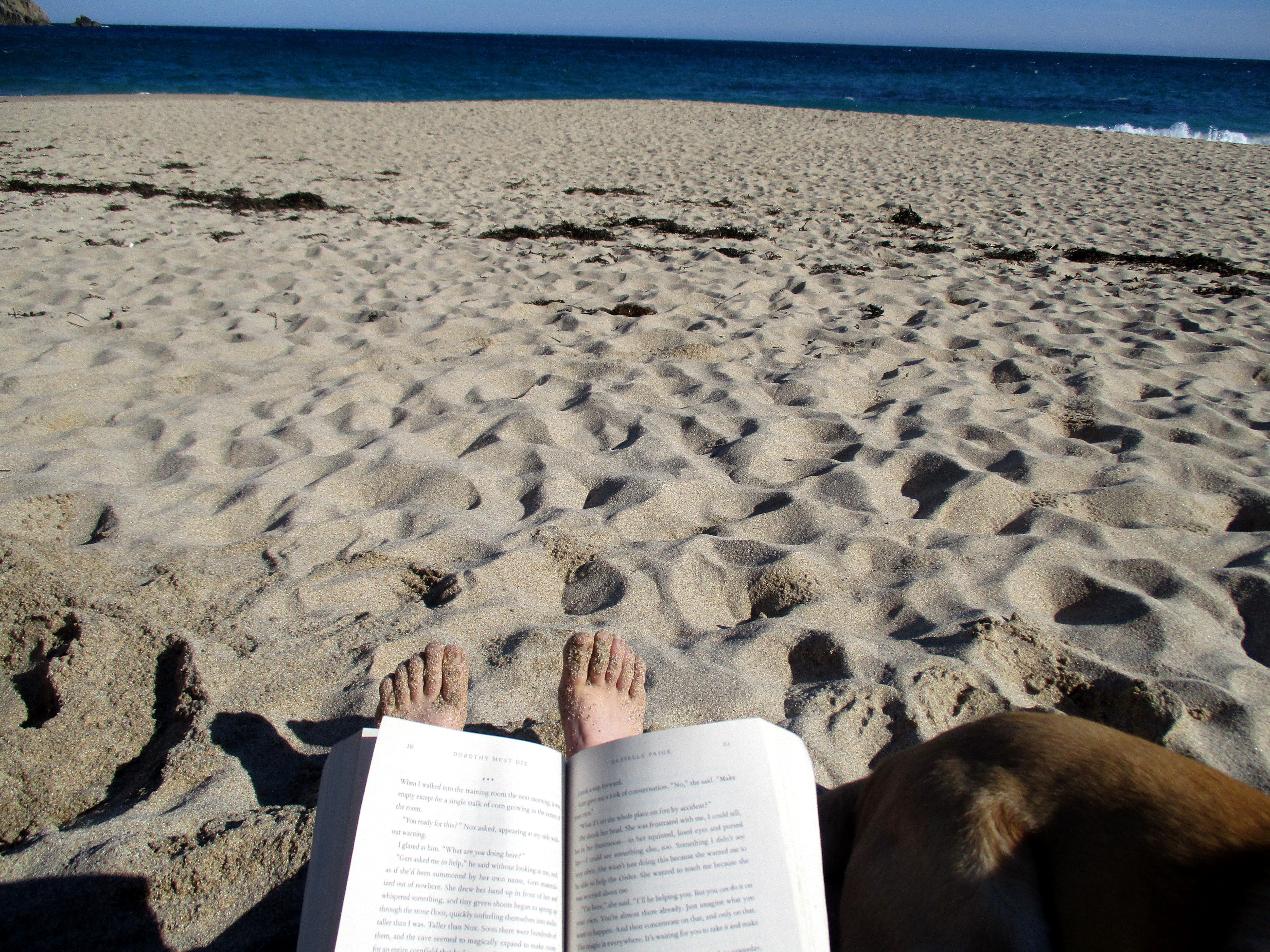